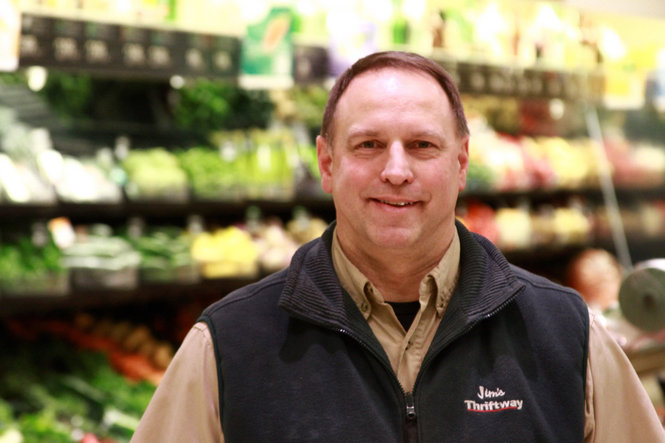 The Trustees are pleased to announce the appointment of Mark Ward as Trustee effective July 19th 2018.

Mark is the second-generation store owner at Jim’s Thriftway in Banks, Oregon. Jim Ward built the store adjacent to the Wilson River Highway in 1970. Mark worked at the store as a youth and ultimately made his way up to assistant manager in 1987. In 1991 Mark became the General manager, and finally the sole owner in 2005.

Mark is a graduate of Banks High School and Pacific University where he earned a degree in Business with the focus in Accounting in 1989.

Jim’s Thriftway is the anchor store in Oak Village Shopping Center where there are nine additional tenants. Mark owns and operates the entire shopping center.

Mark has been in the grocery industry nearly his entire life. He served in a number of industry groups including; Sentry Markets ad committee (1999-2004 ), Board Member Sentry Markets (1999-2004), Chairman of the Sentry Markets Board (2001), Northwest Independent Brand Marketing Board Director (2006-2012 ), and finally board member of Northwest groceries (2012 – present).

The Trustees are very pleased that Mark will bring his knowledge and many years of experience to his service as a Trustee.

Sign up for our Newsletter to get the most out of your health plan.